In Action: #IBelong posters take over the streets of Montenegro to reaffirm statelessness can end by 2024

In 2014, UNHCR launched #IBelong, a global campaign setting an ambitious goal of ending statelessness in the world by 2024.

Statelessness is a global issue that affects the lives of millions of people. Stateless people are not recognized as nationals of any country which in turn leads them to have no state protection and access to basic human rights that many people otherwise take for granted like education, healthcare and travel. In 2014, UNHCR launched #IBelong, a global campaign setting an ambitious goal of ending statelessness in the world by 2024.

Eight years later, Montenegro, a small country in the Balkans has done a lot towards this objective. By 2022, thanks to UNHCR’s, the UN Refugee Agency, and the Government’s focused interventions, the number of people at risk of statelessness went down from over 4,300 in 2011 to less than 500 in 2022. Roma and Egyptians continue to remain at the highest risk of statelessness in the country, as they often lack birth registration. According to the Montenegrin national statistical agency, MONSTAT, more than 50% of those at risk of statelessness or who are stateless are children. In order to address this, in 2015 the Government introduced the Law on Non-Contentious proceedings, which facilitates birth registration of people born outside the national healthcare system. Thanks to the effective implementation of the Law, the number of people affected has since been in steady decline.

Jean Yves Bouchardy, Representative to Montenegro, met with the President of Parliament of Montenegro, Danijela Djurovic, to reaffirm UNHCR’s support to the country in meeting the #IBelong goal of ending statelessness. He congratulated the country for making significant progress on statelessness, in particular the adoption of a Statelessness Determination Procedure (SDP) in 2018 and the facilitation of birth registration to prevent statelessness.

“UNHCR remains fully committed to supporting Montenegro in eradicating statelessness by 2024, which is also an important criterion in the process of country’s accession to the European Union,” shares Jean Yves. “In the years to come, UNHCR will focus on supporting government efforts to  further strengthen the statelessness determination procedure through enhancing exchange on good practices with the neighbouring countries.”

Commemorating the #IBelong anniversary in 2022 (04 November), UNHCR in Montenegro in close collaboration with local authorities placed the campaign’s visuals across most of the country’s 25 municipalities on billboards as well as on buses in the capital city of Podgorica.

Djurovic welcomed this cooperation with UNHCR, underlining that the international framework of the #IBelong campaign further strengthens national endeavors in resolving statelessness-related issues. “Montenegro has the tools to work towards solving the existing cases of statelessness and preventing new cases, since it has undertaken all the activities and measures for protecting stateless people, bearing in mind that citizenship is one of the key conditions for taking an active part in the society and exercising a whole range of rights,” affirmed Danijela Djurovic.

The new #IBelong visuals will appear on the country’s streets throughout the month of November helping raise public awareness on statelessness in Montenegro. 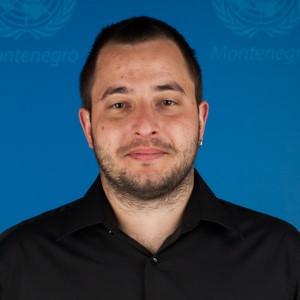