Balkan bytes: How digital agri-entrepreneurship is changing a country

In March of 2021, a Montenegrin cow became the first known exemplar of the species – indeed, the first farm asset of any kind – to be bought with a virtual currency in the western Balkans. Comically but appropriately enough, she was named Bitkoinka.

The animal went for 0.013 bitcoin, the equivalent of USD 1 600 at the time. In doing so, she achieved the kind of fame more commonly associated with the reality show stars that populate Montenegro’s TV screens. In her own country and across the western Balkans, conversations swirled about digital farming markets. That this happened – in an environment where a few short years ago, buying an animal was a matter of hear-it-on-the grapevine, pay-it-cash-in-hand – is largely down to one young man.

A young man who had some stuff stolen and decided to transform his homeland.

Marko Maraš is thirty-one. Gangly and loquacious, his blond hair gathered in a ponytail, he does not, by his own admission, conjure the average Montenegrin farmer. Nor is he, not really, though he has worked as a farm hand. To listen to him, a rural affinity was always there – but only latently till the mid-2010s. Marko was running a video equipment rental business in the Montenegrin capital, Podgorica, when his life changed. “I had USD 20 000 worth of equipment stolen,” he says.

And that was that. In a heartbeat, things shifted; a calling stirred. Marko packed up and moved to South America. He volunteered on rural development projects in Bolivia, Ecuador and Peru, until he felt what he calls “the pull”. “Of patriotism,” he explains. He means the thoughtful, unshowy kind of patriotism: the kind that spots a national vulnerability and sets out to mend it.

Independent only since 2006, Montenegro is historically old but politically new. It is one of the world’s smallest nations, both by expanse and population, with just over 600 000 people. Tall ranges plunge into the Adriatic coastline; alpine pastures look down on beaches and olive groves. Agriculture brings in only a few points of GDP.  COVID-19 pandemic aside, tourism does the heavy lifting. Still: socially and emotionally, it resonates. Farmers number no more than 50 000. But one way or another, nearly a third of the workforce depends on rural jobs.

As elsewhere in the region, part of Montenegro’s farmland was collectivised in the socialist era. Its return to private hands has dotted the nation with small family holdings: four of five cows is a good average for stockbreeding households. A rugged ethos runs through farming folk. Voluntary association is rare.

The business of chickens

On returning to his native land, Marko helped out on farms, either for free or in exchange for dinner. He also thought he might want to raise chickens. He had no rosy-eyed view of the life: with farming vocations rare, young people like himself were almost an extinct species in the countryside. Still, “the pull” was there: “I had this idea that I wanted to keep Montenegro’s mountains alive.”

Where to buy chickens to start the business? There was scarce information on who might be selling any and little marketing support services. Poultry farming presented you with two options: you were either born into it, or you could forget about it. And those born into it in the last 30 years were far more likely to be working abroad.

Plans changed once more. Chicken-rearing was out. Systemic intervention was in – albeit with a makeshift, bottom-up vibe. In 2017, Marko magicked up a classified ads site – what he calls a “Craigslist for the agri-crowd” – and called it seljak.me. Then he set about signing up suppliers.

“I went about it in the most analogue way imaginable, driving the mountain roads, stopping over when I saw a couple of goats grazing, jumping out of the car and tackling the herdsman about digital entrepreneurship,” he chuckles. “I could see them checking me out with that look that said, who the heck is this guy and where did he spring from?"

Seljak is Montenegrin for peasant. A derogatory label in principle, it has been fondly re-appropriated. Over time, the website grew into Montenegro’s first peer-to-peer agricultural market, allowing farmers to buy and sell inputs from seed potatoes to electric sprayers – or indeed, animals like Bitkoinka the cow. In late May 2021, seljak.me relaunched as a full-blown e-commerce and knowledge- sharing platform: it continues to offer near real-time customer service.

Marko has only just begun paying himself, and not much at that. Making money was not the idea – but rather, birthing a form of social entrepreneurship that strengthens the countryside and consolidates a national community in the process. “Patriotism to me is about solidarity. Stitching a place together.”

FAO and EBRD gets on side

“Montenegro has the sea and the mountains, and such a diversity of traditional agri-food products,” says FAO agricultural economist Nina Coates. FAO, in conjunction with the European Bank for Reconstruction and Development (EBRD), is scaling up seljak.me as part of the two organizations’ COVID-19 response package. The partnership is strengthening short food supply chains and providing marketing and IT support. It is also signing up small producers and aggregating their offer to sell to hotels and retailers. Finally, as Montenegro negotiates to join the European Union, FAO is offering technical assistance to register informal farm operations and increase food safety compliance.

From eccentric to celebrity

Growing media coverage and grassroots plaudits have begun to open doors for Marko, in an atmosphere where, he says, scepticism is common. “I’m no longer in the box that says, ‘funny guy with crazy ideas’.”

“He has a lot of those,” laughs FAO’s Coates. “Something like twelve a minute. Fires them off like a volcano. But I call them brilliant rather than crazy. Marko is changing the narrative for young farmers – and consumers.”

One of the ideas would involve how to introduce blockchain to benefit farmers. Another would see farmers strike deals with mobile operators to fit cattle with affordable GPS trackers, a way to make herding less onerous and thus more attractive to young workers.

The general buzz surrounding Marko and his partners excites Coates all the more as the pandemic has wiped out income from the tourism sector, adding pressure on Montenegro’s Seljak community to generate revenue domestically “So, you know,” Coates says with a grin, “let’s turn this lemon into digital lemonade. In Montenegro for now, but – who knows – wherever farming needs that touch of re-invention.” 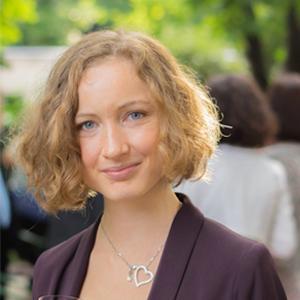 FAO
Food and Agriculture Organization of the United Nations

Other entities involved in this initiative